We have been fortunate to have a long line of talented music directors at Park Avenue Congregational Church. Here is some information about these men and women, listed in reverse chronological order. 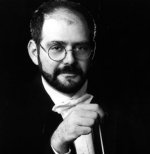 Jeffrey Brody assumed the position of Music Director and Organist on Easter 2007. He is the Music Director of Longwood Opera and Principal Accompanist of the Paul Madore Chorale, and pursues an active musical career as composer, conductor, vocal coach, collaborative pianist and organist. Appointed to the musical staff of Seattle Opera in 1986, he has done the musical preparation of that company’s critically acclaimed production of Wagner’s Der Ring des Nibelungen. He has also done musical preparation for Sarah Caldwell’s Opera Company of Boston, Boston Lyric Opera, Opera New England, MIT Chamber Opera, and the Princeton June Opera Festival. Some of the international singers he has worked with include Richard Cassilly, David Cangelosi, Patricia Craig,Warren Ellsworth, Eva Marton, Magda Olivero, Leonie Rysanek, and Giorgio Tozzi. Mr. Brody has been Music Director of Longwood Opera since 1998 and was appointed Musical Advisor of the Boston Wagner Society in 2005.

He made his orchestral conducting debut with the Richmond Festival Orchestra in a program of all original works. Most recently, he guest conducted the Salem Philharmonic Orchestra at the invitation of Music Director Alan Hawryluk. His compositions include works for orchestra, chorus, chamber music, and organ. They have been performed in Boston’s Symphony Hall, Jordan Hall, the Washington National Cathedral, the Cathedral of St. John the Divine, St. Patrick’s Cathedral, the Vienna Konzerthaus, Altenburg and Mnster Cathedrals, the Phillips Collection in Washington, D.C., the Virginia Waterfront International Music and Arts festival, the prestigiousd festival “La citt, la musica, e il sacro” in Venice, and on National Public Radio.

Recent commissions include Beowulf, a musical Legend for double chorus and large orchestra, written for performance in the Vienna Musikvereinsaal, as well as Planetarium, written for the Arlington-Belmont Chamber Chorus.

Mr. Brody is a member of the International Siegfried Wagner Society; the American Society of Composers, Authors and Publishers; the National Association of Teachers of Singing; the American Guild of Organists, and is a founding member of the Boston Singers resource, for which he has served as audition adjudicator. In honor of the many years of his artistic collaboration with the late Boston Symphony Orchestra Organist, Berj Zamkochian, the Gomidas Organ Fund presented Mr. Brody with the baton used by Charles Munch, Music Director of the Boston Symphony orchestra from 1949-1962 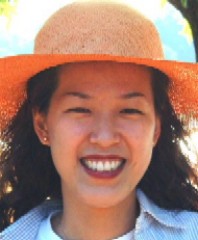 Jeeyoon (pronounced sTee-yoon) is a doctoral student of organ performance at Boston University. She has just moved to Newton this fall from Cincinnati where she had began her studies for her doctorate degree. She earned her Masters Degree at the Westminster Choir College in Princeton, NJ where she was honored to be the organist at her graduation ceremonies.

Originally from Korea, Jeeyoon moved to New Jersey three years ago. At her first church there she invigorated the music program, bringing a wide variety of music in addition to classical music to the program. She played with a gospel choir, tuned organs, conducted choirs and practiced, practiced, practiced.

Jeeyoon has selected the choir music through the Christmas season and has palnned a variety of classical and slightly popular music that should appeal to a wide range of tastes. She is also planning our Annual Christmas concert for the choir and congregation to benefit the organ restoration fund. We are honored to have such a talented and gifted musician at our church. Jeeyoon says to Enjoy the music! 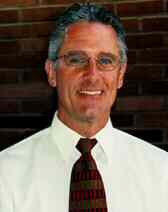 Stephen Lee began his musical training on the piano at age six, under the strict eye of his mother, who was a well-known soprano and choir director.

He grew up in rural central New York, near Syracuse. During high school he studied organ with doctoral students at Syracuse University, where he later enrolled, completing the Bachelor of Arts Degree in three years. He then received a scholarship to study at The Royal Conservatory in The Hague, Holland. While in Europe, he purchased his first harpsichord and devoted countless hours learning the keyboard works of J. S. Bach. Upon returning to America he entered The Eastman School of Music, completing the Masters Degree in one year, and most of the Doctoral Degree during the next two years.

Stephen was the youngest organist to win the Arthur Poister Organ Competition. He has won numerous A.G.O. competitions and received Honorary Mention at the organ competition in Brugges, Belgium. 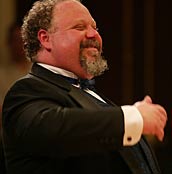 John Cavicchia was our music director from Fall 1989 until August 1994, when he moved to the University of Massachusetts at Amherst for graduate school. During those years, the John and the church created the Organ Restoration Fund and started the Concert Series to raise money for the organ, with Peter Sykes playing an organ recital for our first concert, and held the first of our annual choral Christmas concerts.

As of 2007, John is teaching at Western New England College in Springfield. His faculty biography includes the following information about John: “John has extensive experience both directing and performing with various musical groups, including the Georgetown University Singers and Madrigal Singers, the Westminster Singers from Westminster Choir College, and the vocal jazz ensemble, chamber choir and madrigal singers at University of Massachusetts at Amherst. Currently at WNEC, John works with the Campus Chorus, the Faculty/Staff Chorus, the Pep Band, the Concert Band, and the Jazz Ensemble. He is working to establish a Madrigal group on campus as well. Courses currently offered on campus include Music Appreciation (taught by Jim Maes), American Popular Music and Social Change, Curtain Up! A History of American Musical Theater, Basic Music Theory, and Ensemble Vocal Technique.”