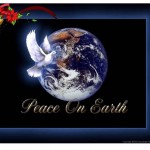 The 22nd Annual PACC Christmas Concert and Carol Sing will be performed by the PACC Festival Chorus and Youth Choir, and members & friends of the Church community. This year’s concert showcases music from around the world from many musical traditions, with full choral works as well as solos, small groups, and instrumentalists. A stellar dessert reception in the Parish Hall will follow the concert. Admission is free, but a free-will donation to support the music program will be accepted at the door. See last year’s concert program and concert flyer, and pictures from last year. 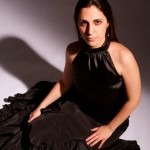 Maria Pikoula will be performing works by Brahms, Liszt, Debussy and Caravassilis. After her solo debut at Carnegie Hall in New York, she performed at the Kennedy Center as part of a concert conducted by Leonard Slatkin. Her performances as soloist and chamber musician in the United States, Europe and Russia garnered many honors and rewards including the Artists International Presentations Special Prize. More information may be found on her website: http://www.mariapikoula.com/

Award-winning pianist Maria Pikoula will perform music of Brahms, Liszt, Debussy, and Caravassilis at the Park Avenue Congregational Church in Arlington on Sunday, February 3, at 3:00 pm. The highlight of the concert will be the national premieres of Soul Ascending and Lumen de Lumine by Constantine Caravassilis, a composer born in Pikoula’s homeland of Greece and now composing in Toronto. This event will be held in the Sanctuary of the Park Avenue Congregational Church, located at 50 Paul Revere Road, in Arlington Heights. An artist’s reception in the Parish Hall will follow the concert. Tickets in advance are $15 adults and $10 seniors/students; and at the door $20 and $12.

Pikoula received her Doctor of Musical Arts in Piano Performance from Boston University where she studied with the legendary pianist and teacher Anthony di Bonaventura. Pikoula has won many honors and awards in international and national competitions. You can learn more about Pikoula and hear a few of her performances on her web site at www.mariapikoula.com

Maria Pikoula pursues a career as a soloist and chamber musician with performances in the U.S., Europe and Russia at such notable venues as Carnegie Hall and the Kennedy Center. Her various honors and awards in international and national competitions include the Artists International Presentations Special Prize, Joyce Dutka Arts Foundation Award, First Prize at the GWUC National Music Competition in Chicago, the Hellenic American Women’s Music Award, and First Prize and Gold Medal at the Greek National Competition(1992) amongst others.

Famous for their wide repertoire of instruments and percussion including witty and offbeat music with Klezmer and Celtic influences, the group has been a winner of the Acoustic Underground competition with multiple CDs to its credit. They have also graced this series with their wild and wacky musical madness in the past and have proven to be a favorite of our audiences. See their website www.elh.org for more information. The coffeehouse “doors” will open at 7 PM. 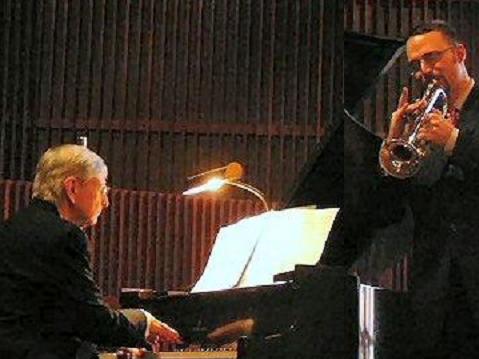 The first half of this concert will explore the music of Johann Sebastian Bach featuring music from Cantatas, Concertos and Orchestral Suites, and the second half will showcase lyrical music for trumpet and keyboard including Satie, Copland, Faure and more. These outstanding musicians were very well received in several past concerts in this series and we are delighted to welcome them back.