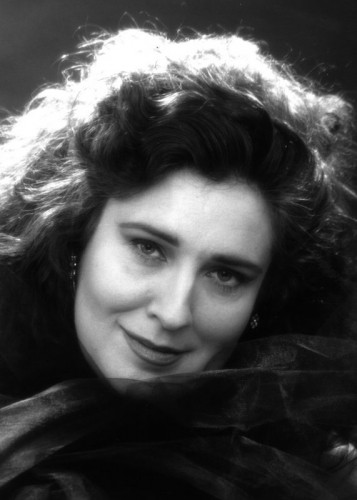 At 3 PM on March 22nd, renowned dramatic soprano, Joanna Porackova, and several of her friends will present a “Spring Fling” as part of the Park Avenue Congregational Church’s 2014-2015 Concert Series. Jeffrey Brody, who also composed two of the pieces, will be providing accompaniment. Sopranos Sara Michale Smith and Evelyn Griffin as well as tenor Adam Russell will add their lovely voices for various selections. As you may recall from recent articles, both Joanna Porackova and Jeffrey Brody are PACC Artists in Residence who make good use of PACC’s outstanding acoustics for their teaching and coaching roles as well as for performance.

The concert takes place in the Sanctuary of the Park Avenue Congregational Church in Arlington. Tickets in advance are $15 adults and $10 seniors and students; and at the door $20 and $12. To reserve advance tickets, call 781-643-8680 and leave a message if necessary (tickets will be held at the door). A post-concert Artists’ reception will be held in the Parish Hall.

This Spring Fling includes opera selections from Bizet’s Carmen, Verdi’s Il Trovatore, and Delibes’ Lakme, as well as exquisite Japanese songs, and two Petrarch Sonnets by Liszt. Jeffrey Brody’s setting of Hesse’s Songs about love and loss is very different from his setting for a famous nonsense poem. He notes, “Jabberwocky’s symmetrical construction and delicious humor, not to speak of how one pronounces the text, provide an irresistible attraction for composers seeking to portray the classic battle between young man and beast.”

Ms. Porackova, is a winner of numerous awards and competitions and has performed leading opera roles and solos throughout the world, including at the Salzburg festival with the Berlin Philharmonic under the direction of Sir Simon Rattle. In this country, she has performed in many states, from Alaska to Miami, including with the Boston Lyric and Bel Canto Operas. Hailed for her heartfelt sense of the music’s inner drama, she is also known for her majestic soaring sound and huge range. Ms. Porackova has been heard in broadcasts on Swiss National Radio, Good Morning America, WGBH, BBC, NPR WBUR, and ARTE and on the Bel Air Classiques DVD of Die Walküre with the Berliner Philharmoniker, released in 2009.

Currently Music Director of Longwood Opera, Jeffrey Brody is active as composer, conductor, vocal coach, organist and collaborative pianist. Appointed to the musical staff of Seattle Opera in 1986, he has served as Assistant Conductor and Prompter for that company’s acclaimed production of Wagner’s “Ring”. He has also done musical preparation for the Opera Company of Boston and Boston Lyric Opera. As Music Advisor of the Boston Wagner Society, he selects repertoire and artists for their concerts and is a frequent contributor to their quarterly, Wagneriana. He is presently Music Director and Organist of Park Avenue Congregational Church.

Adam Russell has sung many leading opera roles in the United States and abroad. He “has a truly beautiful voice, and his portrayal is artfully crafted” said a review of his performance in the title role of Gounod’s Faust, and “Russell’s brilliant tenor negotiated the high terrain of the memorable aria ‘Salut! demeure chaste et pure,’ ending it with a beautifully placed high C.” His success as singing Bacchus in a production of Ariadne auf Naxos was described as “regal” with St. Petersburg Opera. He sang as tenor soloist in “The Armed Man: A Mass for Peace” by Karl Jenkins with DCINY at Avery Fisher Hall and tenor soloist in Beethoven’s Ninth with The Staten Island Philharmonic.

Sara Michale Smith is a graduate of Wheaton College, where she majored in music and mathematics. She has sung regularly with Chaminade Opera and Longwood Opera, and has also appeared with the Norton Singers and New England Light Opera. Previous roles include the Sandman and the Dew Fairy in Hansel & Gretel, Mrs. Gobineau in The Medium, Miss Pinkerton in The Old Maid and the Thief, the First Lady and the First Spirit in The Magic Flute, Florence Pike in Albert Herring, Mercedes in Carmen, and Annina in La Traviata. Currently she is the soprano section leader at Park Avenue Congregational Church and is studying with Joanna Porackova.

Evelyn Griffin, a lyric coloratura soprano, performed in both opera and musical theatre during her musical studies at Anderson University, IN. While living in Washington, D.C., Evelyn performed as a soloist with the National Master Chorale, the Master Chorale of Washington, and with the National Symphony Orchestra. She recently appeared as Frasquita in Longwood Opera’s production of Bizet’s Carmen, as well as Pamina in their performance of The Magic Flute. In October 2014, she premiered the piece “The Mystic Trumpeter” by Karl Henning, as part of the prestigious King’s Chapel Tuesday Recital Series. Evelyn is also a student of Joanna Porackova’s.