This season we present four concerts on our series:

For tickets and more information, contact the church office at 781-643-8680 or send email to the Concert Series Committee, and read directions for getting to the church.

Conversations from the Piano, with James D’León, Piano

Born in South Korea into a musical family, James D’León was awarded a full scholarship to the prestigious pre-college program at the San Francisco Conservatory of Music where he studied with May Kurka and Milton Salkind. He has won many competitions and awards and made his debut performance with the Philadelphia Orchestra. He will be performing works by Mendelssohn, Corigliano, a pairings of two Spanish works, the Boston premiere of Southern Lament by Montague and Liszt’s popular Hungarian Rhapsody No. 2 (with cadenza!).

D’León’s performances have garnered critical praise from audiences and critics everywhere. The Philadelphia Inquirer stated that he performed with “exciting pianism filled with powerful emotion” and The Salt Lake Tribune commented that “D’León was a musical sorcerer who mesmerized the audience with every note.” In 2009, he was selected as an official Steinway Artist on both the prestigious New York and Hamburg, Germany rosters. Since then, he has performed in England, Ireland, Italy, Germany, Canada, and 43 states throughout the continental United States. Today, D’León is known as a rare and completely versatile pianist who is just as comfortable performing a concerto as he would be playing a solo recital or collaborating with a chamber music group. He continues to dazzle audiences and keep them on the edge of their seats with his commanding technique, expressive body movement, and searching interpretations. For more information on D’León and his concerts, check out his website at: www.jamesdleon.com.

This event will be held in the Sanctuary of the Park Avenue Congregational Church, located at 50 Paul Revere Road, in Arlington Heights. An artist’s reception in the Parish Hall will follow the concert. Tickets in advance are $15 adults and $10 seniors/students; and at the door $20 and $12. Read the press release for the concert for more information. 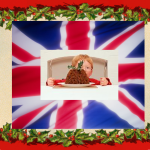 The 23rd Annual PACC Christmas Concert and Carol Sing will be performed by the PACC Festival Chorus and Youth Choir, and feature our Artists in Residence Jeffrey Brody (Organist and Festival Chorus Director), Andrea Hart (Flutist and Youth Choir Director), and Vox Lucens, an Early Music A Capella choral group directed by Jay Lane. This year’s concert brings us a proper English Christmas featuring familiar carols and English composers such as John Rutter, Benjamin Britten and Geoffrey Shaw. The music will span the centuries, from days of knights and castles to present day with full choral works as well as solos, small groups, and instrumentalists. The concert will include selections from Messiah, Early Music, and familiar pieces like “In the Bleak Mid-Winter” and “The Wassail Song.” And, as always, the audience will be invited to sing along to some Christmas carols to open and close the concert.

A cookie and dessert reception in the Parish Hall will follow the concert. A free-will donation to support the music program will be accepted at the door. Read the press release for the concert for more information. 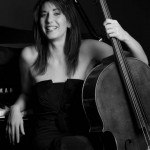 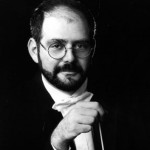 With references to the poetry of the Book of Hours by Rilke, this concert explores questions of the relationship of art and the divine, as circles that ripple through time and space in an intimate, inspiring experience of sound and energy. Selections will include pieces by Messiaen, Bach, and Dvorak. Christina Stripling is a past member of the Boston String Quartet, and Jeffrey Brody is Music Director and Artist in Residence at PACC as well as Music Director of the Longwood Opera.

I Live My Life in Widening Circles
by Rainer Maria Rilke

I live my life in widening circles
that reach out across the world.
I may not complete this last one
but I give myself to it.

I circle around God, around the primordial tower.
I’ve been circling for thousands of years
and I still don’t know: am I a falcon, a storm, or a great song?

You may find out more about Christina at her website: www.christinastripling.com

More information about Jeffrey Brody is available at his website: www.jeffreybrody.com

This event will be held in the Sanctuary of the Park Avenue Congregational Church, located at 50 Paul Revere Road, in Arlington Heights. An artist’s reception in the Parish Hall will follow the concert.

Tickets are $15 for adults and $10 for students and seniors purchased in advance, and $20 and $12 at the door. Read the press release for the concert for more information.

Sweet May Hath Come, with The Mudville Madrigal Singers 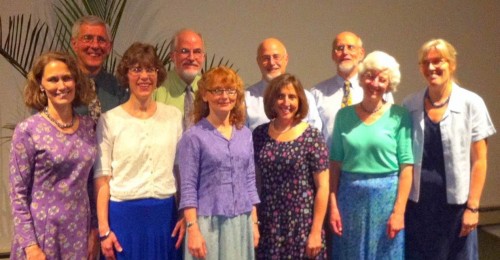 The Mudville Madrigal Singers began when several musicians – all residents of the historic “Mudville” neighborhood of Holliston, MA – started singing together in 1993. Currently the singers hail from several greater Boston communities, and the group performs a wide variety of music for unaccompanied voices, both sacred and secular. The ensemble of 10 voices is equally at home singing Renaissance madrigals, part-songs from across Europe, or jazzy selections from the American songbook. The group includes one of our Artists in Residence, Andrea Hart.

Advance tickets are $15 adults/$10 seniors and students; at the door $20 and $12.  Read the press release for the concert for more information.