Persian Blue played a coffee house jazz concert at the church on October 23, 2010.  It was a wonderful night of good music in a relaxed environment.  One funny incident during the concert: A toddler wandered back and forth between the concert hall and the nursery.  He really did seem to enjoy watching the musicians play on their instruments.  At one point, he jumped up and ran from the back of the concert hall.  A few minutes later, he peered at his father through the doorway with a smile.  And then lifted a toy drum and drum mallet he had found in the nursery, asking his father with his smiling eyes if he could come in and join the band. 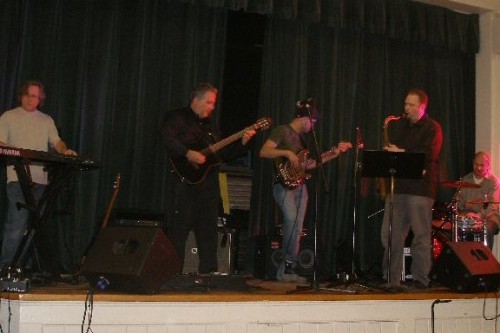 Some video of the concert taken by Dave Procaccini who plays bass in ensemble:

Kathy Fink took the two pictures below at a Persian Blue rehearsal a few days before their appearance on the PACC Concert Series on October 23, 2010, and wrote the following report:

“I can report from attending a rehearsal that the Coffeehouse at the Church this Saturday will be well worth attending.  Persian Blue’s music is not dissonant or abstract, and it is not elevator music either.  It is a type of jazz that is warm, sophisticated and relaxing.  I would put it on for a dinner party, while everyone helped with the food preparation.

It was such a pleasure to watch these true professionals rehearse.  Since they have all mastered their art, they can afford to be flexible, even playful and generous, while at the same time maintaining incredible discipline and coordination.  Even the gear they used was fascinating to watch:  flashing lights, speakers and many boxes with sliders and buttons doing things I could only guess at.  Shah used a box on the floor (below) with foot peddles while playing his two different guitars  – who knew?

I hope you are able to make it and look forward to seeing you there.” 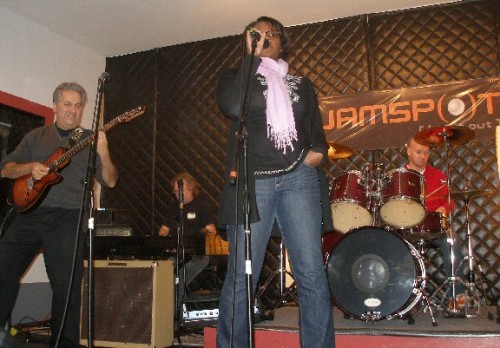 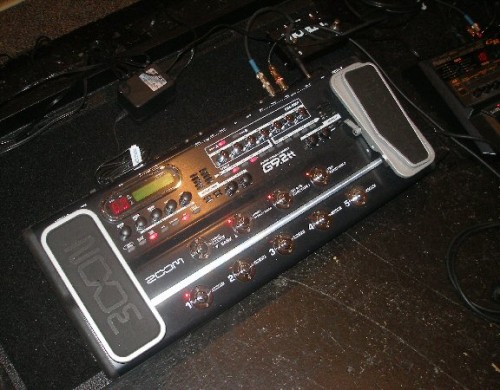