For our 2014- 2015 Season, we are celebrating our own Artists in Residence at PACC!   This promises to be an exciting season.  All events will be held in the Sanctuary of the Park Avenue Congregational Church, located at 50 Paul Revere Road, in Arlington Heights. An artist’s reception will follow each concert.

This season we present four concerts:

We extend an invitation to the audience to join us for an Artist’s Reception following the concert, where you can meet and speak directly with the artists.  For tickets and more information, contact the church office at 781-643-8680 or send email to the Concert Series Committee, and read directions for getting to the church.

Liszt’s illegitimate daughter, Cosima, touched the lives of all the composers included in this concert. As a piano student of Liszt, Hans von Bülow met and married Cosima. Although Cosima eventually left von Bülow to marry Richard Wagner, Siegfried Wagner was the result of a then-scandalous affair she had with Wagner while still married to Hans. As a staunch supporter of Richard Wagner’s music, Cosima took over the direction of the Bayreuth Festival after Wagner’s death. Hans von Bülow, once the conductor of many Wagner premieres, turned into an advocate for the works of Johannes Brahms.

The concert includes Liszt’s “Fantasy and Fugue on the Chorale, Ad Nos ad salutarem undam”, one of several works written as concert paraphrases of Meyerbeer’s opera, Le Prophète. Much of of the program includes Brody’s own transcriptions of orchestral pieces drawn from Richard Wagner’s Lohengrin, Tristan und Isolde, Die Meistersinger and Ring Cycle as well as music from Hans von Bülow’s Carnival of Milan and the American premiere of music from Siegfried Wagner’s opera, Bruder Lustig.

The 24th Annual PACC Christmas Concert and Carol Sing will be performed by the PACC Festival Chorus and Youth Choir, and feature our Artists in Residence Jeffrey Brody (Organist and Festival Chorus Director) and Andrea Hart (Flutist and Youth Choir Director).  This “Christmas gift” to the community will include both familiar and new Christmas selections such as pieces from Charpentier’s Messe de Minuit, Vivalidi’s Gloria and an arrangement of Sigrid Karg-Elert’s Canzona on “From Heaven On High” interspersed with solos and duets.   And of course, there will be audience participation in the carol sing sections.

A Free Will Donation will be taken. 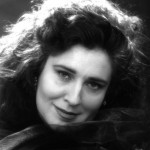 A spring fling into a wide and dramatic variety of moods in beautiful and interesting music: operatic duets and arias and two very contrasting works by Brody – a sonic feast for the ear and mind and heart, will feature our newest Artist in Residence, Joanna Porackova, operatic soprano, and Jeffrey Brody showing his talents as composer and organist/pianist.  They will be joined by some surprise friends for a wonderful afternoon of music. 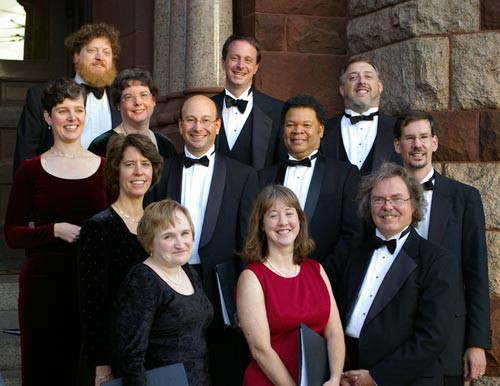 Vox Lucens presents a concert of early works by composers who began in the high Renaissance style (stile antico) and moved into what we now call the Baroque (stile moderno). Enjoy sacred and secular masterpieces by the youthful Montverdi, Schütz, and others who went on to define the music of the 1600s.  Come listen to the “shining voice” of our Early Music Artists in Residence in our acoustically vibrant sanctuary and be transported to another place and time.